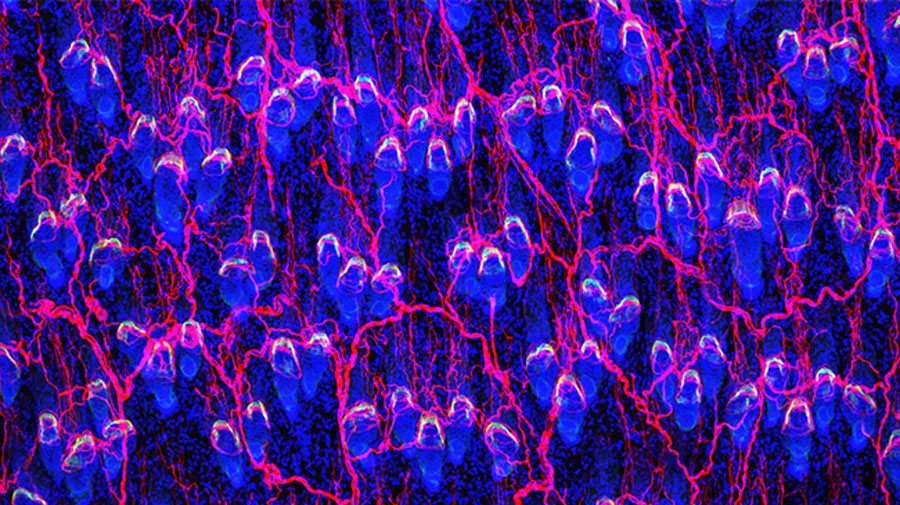 The top image shows how tactile sensation is generated by the skin. Hair follicle stem cells (blue), which are important for hair shaft generation, secrete extracellular matrix proteins (green) that guide the connections of the neural network (red) to the skin, helping the skin to sense mechanical stimulation.
Image: Lab for Tissue Microenvironment

Lab for Cell Signaling Dynamics reveal cells move in a single direction due to two mutually inhibiting molecules on their surfaces.

The molecular mechanism that ensures cellular cargo is transported along the right track has been identified by Lab for Cell Polarity Regulation. 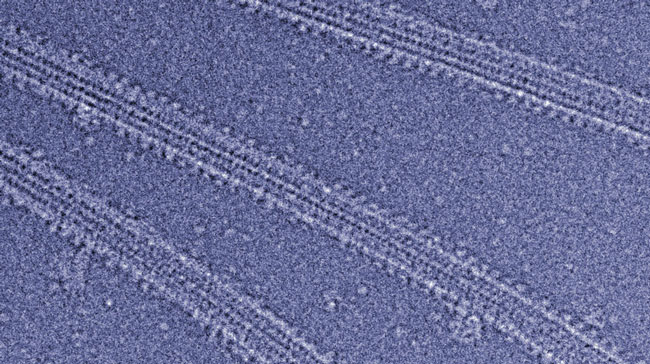 Evolution of the inner ear: insights from jawless fish

Lab for Evolutionary Morphology has described for the first time the development of the hagfish inner ear. The study provides a new story for inner ear evolution that began with the last common ancestor of modern vertebrates.

Getting a grip on the slow but unique evolution of sharks

By decoding the whole genomes of three shark species and comparing them with those of other vertebrate species, Lab for Phyloinformatics solved molecular riddles of their unique life histories and evolutionary paths. 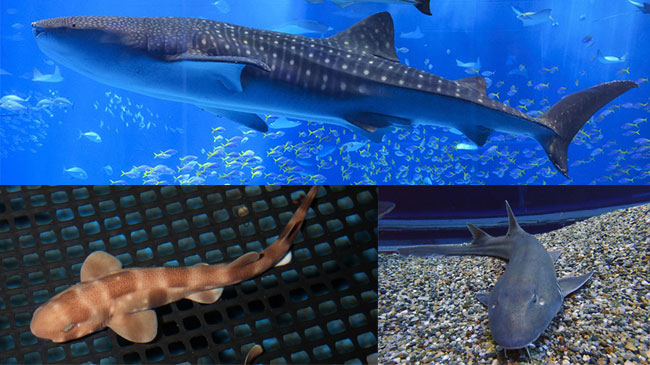 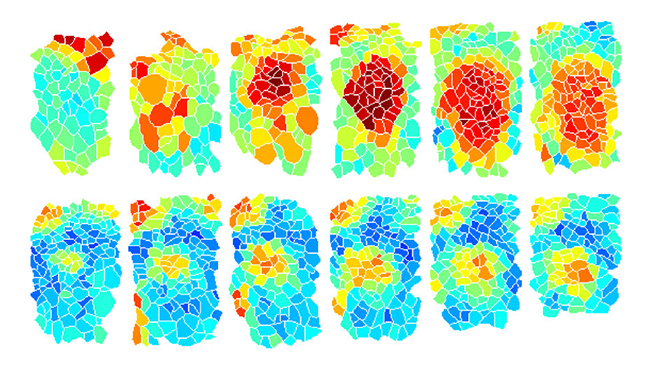 Two essential genes that regulate how much REM sleep we experience

Rapid eye movement (REM) sleep is a mysterious stage of sleep in which animals dream. Lab for Synthetic Biology has identified a pair of genes that regulate how much REM sleep an animal experiences. 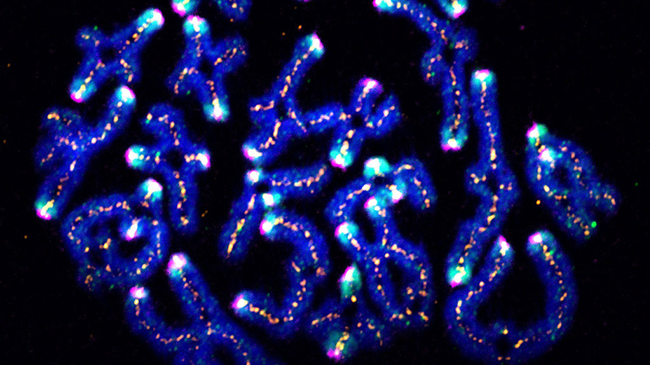 Lab for Bioinformatics Research developed an improved method for analyzing expression of genes by single cells with the potential to enhance regenerative medicine therapy as well as disease research.