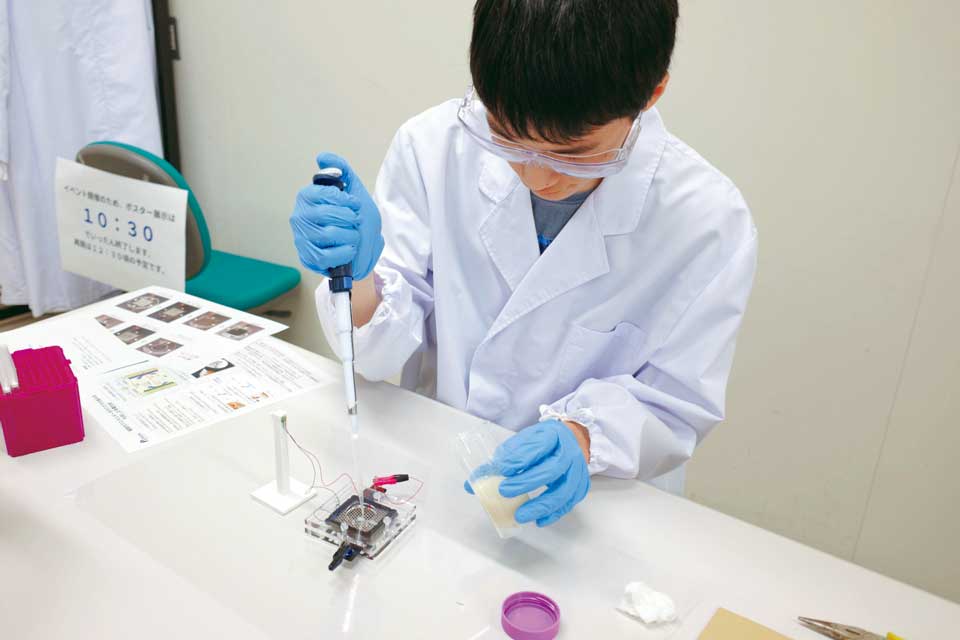 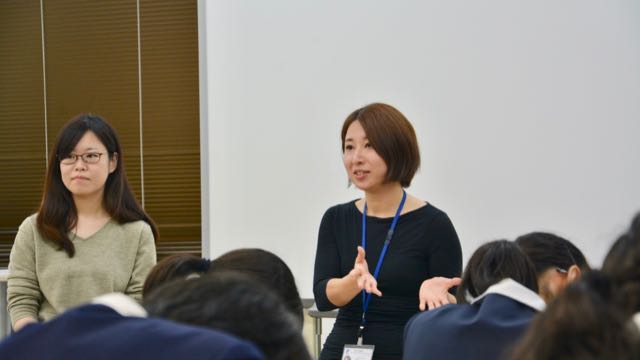 On October 24, fifteen female junior high school students from Hiroshima prefecture visited the RIKEN Osaka Campus. Two BDR research scientists Keiko Masuda (left, Lab for Cell-Free Protein Synthesis) and Kazuko Okamoto (Lab for Comprehensive Bioimaging) talked to the students about their lives as a scientist and about what their experiences in school, including what they studied and the expectations they had. At the end of their talks, they answered questions from the students and offered their encouragement to pursue sciences.

The RIKEN Yokohama Campus organized their annual Open Day on September 21 (Top image). The four research centers, including labs from BDR, located in Yokohama took part in the event. Labs from BDR organized various events around the themes of protein structures and functions, such as making molecular models of proteins, making glow-in-the-dark slime using principles of how to create fluorescence, and making biofuel batteries using different food items. A total of 3,151 people visited the Open Day event.

BDR Unit Leader Shunsuke Tagami (Lab for Advanced Biomolecular Engineering) and his lab members took part in the Cultural Festival on September 14 to 15, held at Yokohama Science Frontier High School, which has a partnership agreement with RIKEN. They organized a workshop to build different molecular structures for the visitors. The Cultural Festival is held every year, and the research centers based in Yokohama take turns participating in the festivities. 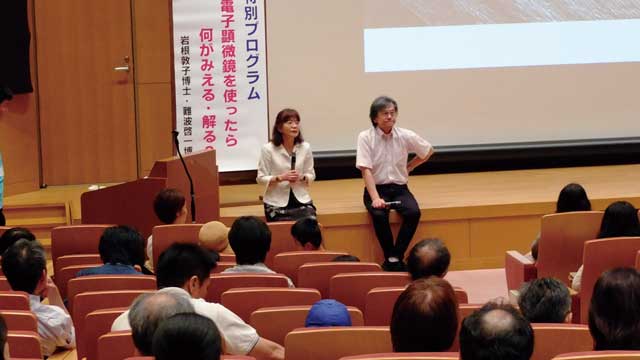 BDR Unit Leader Keiko Iwane (Lab for Cell Field Structure) and Team Leader Keiichi Namba (Lab for Supramolecular System Dynamics Research) took part in the events organized at the Hiroshima Central Science Park Facilities Open Day held on August 1. The two participated as speakers in a special talk session, where they introduced electron microscopes and their uses. Members of Iwane’s laboratory, which is located within the Science Park, also organized a display exhibit showcasing the research carried out in the laboratory. 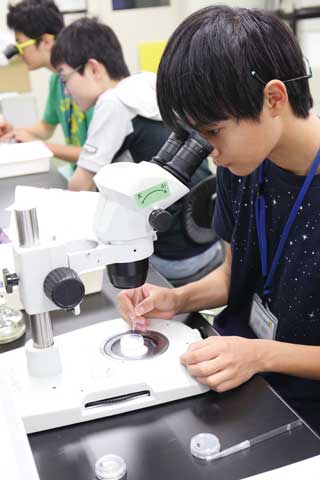 A one-day practical workshop for high school students with an interest in science was held on July 29, August 2 and 8 at the BDR Kobe Campus. Forty-eight students (16 students on each day) from 12 different prefectures took part in the one-day program, which included a lecture by Team Leader Sa Kan Yoo (Lab for Homeodynamics) and a visit to his laboratory, as well as a hands-on experimental session. In his lecture, Yoo talked about his career path to becoming a scientist and also about the research currently being carried out in his lab.

The hands-on experimental session this year involved carrying out genetic analyses using C. elegans to understand principles of Mendelian genetics. The students had the opportunity to closely observe and analyze the phenotypes and genotypes of wild-type and mutant strains, and crosses of C. elegans, to determine whether their experimental results agreed with the results to be expected. Parts of the protocol appeared to be challenging for some of the students, as they struggled to get a handle on unfamiliar techniques. For many of the students, it was a good opportunity to see whether a career in science was something they would be interested in pursuing in the future.

Technical scientist Tetsutaro Hayashi (Lab for Bioinformatics Research) was the guest speaker at the event, “RIKEN Day: Talk with RIKEN researchers,” held July 21 in the Synra Dome at the Science Museum in Tokyo. Hayashi talked about his current work developing single cell analyses technologies, gave the audience a peek at what the inside of the laboratory looks by showing pictures projected on the dome screen, and also answered their many questions. The RIKEN Day event is organized by the RIKEN Public Relations Office and is generally held the third Sunday of every month.