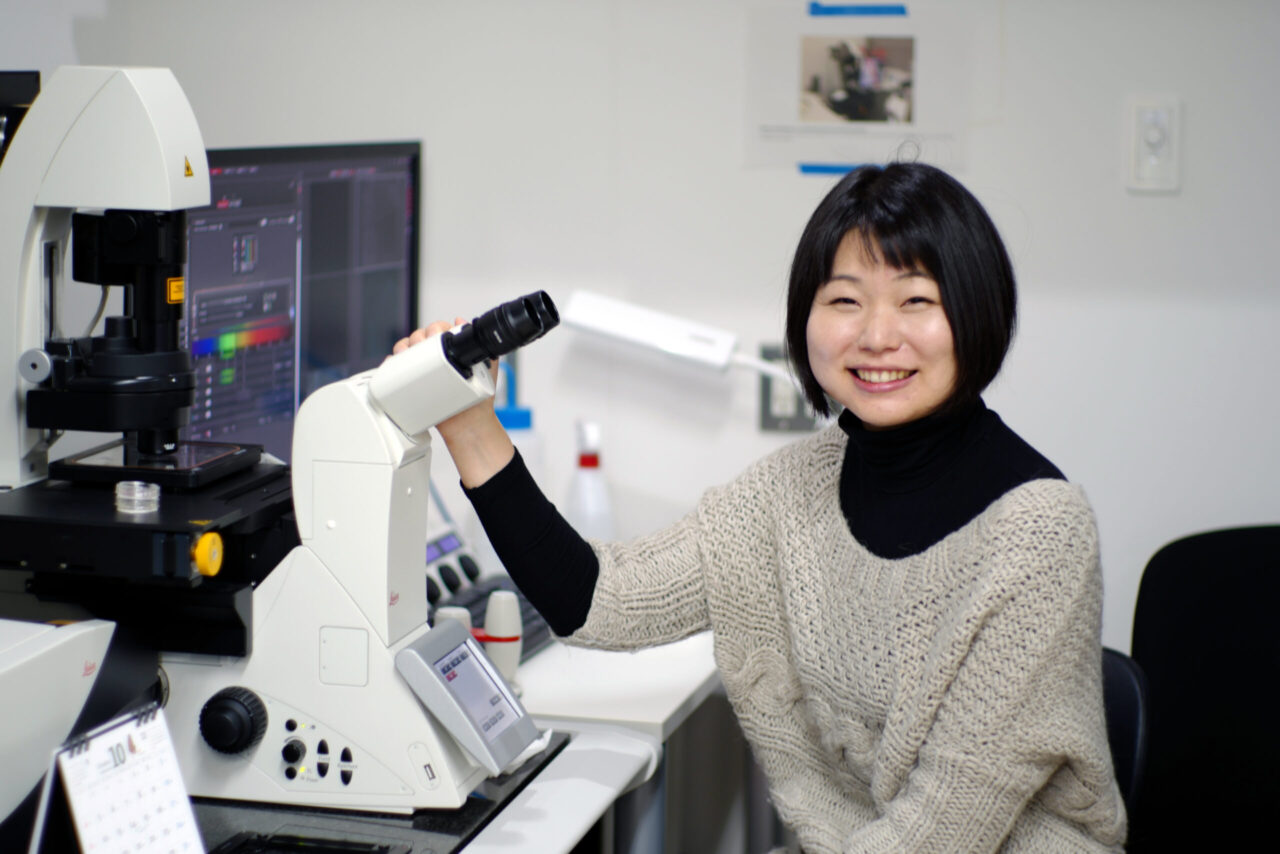 Everything is Done Manually

Ritsuko Morita, our interviewee this time, was introduced to us by Mika Yoshimura (Behind the scenes of cutting-edge research). The interview took place in January 2021, but since she was in the middle of submitting her paper to the journal Nature, we held off on releasing this interview until the paper was published. Now that it’s been published, we can share the interview and reveal the behind-the-scenes work of her paper.（Press release of A telescopic model of the development of hair follicles）

Researcher in the Laboratory for Tissue Microenvironment.
After earning her doctorate degree from the Tokyo University of Science, she moved to RIKEN to start her research on the developmental process of hair follicles. Her hobby is virtual moving. She has always been fascinated by buildings and architecture, and enjoys looking at the pictures and floorplans on real estate listing sites and “moving in” to those places using her imagination. Her favorite site is R Real Estate.

I’ve noticed that the images of the area around the root of the hair are 3D movies. How are those movies made?

We take multiple 2D images at different depths and stack those images to create 3D images. When we take those images at regular time intervals, you get something like a flip book, and this is what we call “time-lapse.” This technique where we monitor live organisms or cells in time-lapse is called live imaging.

Some of the images show a deeper layer of the skin. How do you shine the light that deep?

So this is a similar concept to using near infrared radiation for non-destructive inspections of fruits.

Another benefit of using two photons is that it can reduce the damage caused by the light on a sample. This allows us to monitor a sample for a longer time period.

Longer exposure to light can deteriorate the samples?

Yes. We monitor them for a relatively long time.

Do you have any moving images?

This is the live imaging of the early developmental stages of whisker hair follicles dissected out from a mouse embryo.

Wow. You can see the pores are being formed!

That’s exactly what is being captured. The epithelial tissue invaginates downwards and wraps around the dermal papilla (mesenchyme). Then, this interaction with the dermal papilla causes the epithelial cells to proliferate and differentiate, and in turn, migrate upward and appear as hair on the surface of the skin. The slit from which hair appears is a pore.

Where do those cells come from?

Until it finally detaches and falls out.

That’s right. The life cycle of hair is to grow, eventually fall out, and then grow again. During this hair cycle, the lower part of the hair follicle which produces hair regenerates over and over again. This repeating cycle is possible because the hair follicle has a population of stem cells capable of generating the constituent cells of the hair follicles. This is a notable characteristic of hair follicle as an organ.

So, something that didn’t exist in the beginning, suddenly appears, grows and transforms… What’s really happening there?

Do the stem cells not stay in the same location?

In the early stages of hair development, the epithelium starts off as a thin sheet, and only parts of this epithelium forms primordial hair follicles (the detailed mechanism has been omitted), which then invaginate, and only some of those epithelial cells become stem cells.

I thought that the stem cells were always present…

I can understand why you’d think that way. Actually, there hasn’t been much analyses done on where the stem cells arise from.
With our live-imaging technique, we can capture the development of hair follicles from the beginning to the end where it produces hair at the single-cell level. If we can track the cells in the time-lapse movies and then rewind the images, we may be able to find where the prospective stem cells originally came from. This was the initial idea of our research.

It had to be done manually

As a person with no training in this field, I’d think that you would be able to automate the tracking of the cells in the images. Was this the case?

While it’s true that automated tracking technology has been advancing, unfortunately it is still difficult to apply it to track the cells in the developing hair follicles that we handle; hence, it’s done manually.

It’s because of the sheer number of cells. The cells are also very densely positioned with virtually no space between the nuclei.
When imaging, the nuclei are labeled with a fluorescent protein so that we don’t lose track of them when they divide. However, during early development, cell division is extremely fast and sometimes happens without producing much cytoplasm, leading to cells with the nucleus occupying most of the cell volume. That’s why the images look like the nuclei are tightly packed together.
The nuclei appear circular, but when there are two of them close together, it’s hard to determine if there is one or two.

Unlike human faces, each nucleus doesn’t have a unique feature so it must be hard to distinguish one from another.

Furthermore, sometimes even human eyes can’t tell the difference. If human eyes can’t distinguish them, then it’s difficult for machines to distinguish them as well. Although artificial intelligence and other technologies are actively being developed and used, the technology that can distinguish cells with the quality we need is still not within our reach. That’s why at present it’s basically been done manually.
But if you move the videos back and forth, you can kind of see where and how each cell moved. We use that kind of information to aid our tracking work. It’s the type of work that requires patience and perseverance.

The truth about the research

How many cells do you track?

The time and duration of tracking are different by images so it’s hard to say, but the total number of cell lineages is probably over 1,200. They divide over the 24 to 72 hours we track them, so by the end of the analyses, it’s probably around 2,500 cells.

Yes. It was a daunting task to do it all myself, so I got help from the technical staff in the lab as well as a college student who came to work part-time for a short-term to the lab. She left saying, “Research really is a repetition of long tedious work.” I guess I was able to convey one hidden truth about research (laughing).

It’s not always flashy and eye-catching.

ll of that hard work gets summarized into a single diagram…

I think I nearly gave up about five times. I was so anxious about when I would be able to summarize my work into a paper that at one point I announced my resignation, saying, “I quit.”

How do you overcome that defeated mindset?

The simple desire to publish the research that I started. So many people have helped me up to this point, and I knew that I would regret it if I didn’t publish it.

I can understand that. For researchers, if they don’t publish a paper, it’s as if all of their work until that point didn’t happen.

Since we are talking about hair, I’d like to ask you about my kinky hair. How come it doesn’t grow straight?

It’s probably easier to see in the movie, but hair is made up of multiple layers of different cells. When the cells, which differentiate to eventually become hair, move towards the skin surface, they gradually die and become keratinized. They are tightly packed together to become hair.

That’s right. The layers of cells are lined up in a row and move up synchronously. There are about eight layers of cells that move up orderly as they are produced. And the pace at which they move up is in sync. Isn’t that amazing?
If they move up synchronously, the hair grows straight. But if there is even a slight disruption to this pace, distortion occurs which causes kinky hair.

Well, it does require a tight teamwork…

Anyway, what are your plans for future research?

In this study, we discovered the developmental origin of epithelial cells and hair follicle stem cells. We also proposed a new model for hair follicle development (not covered in this interview) that explains how the morphogenesis of hair follicles and the correct arrangement of constituent cells within the tissue can occur simultaneously. I’m interested in studying how organ diversity is created through cell-to-cell communications in my next research.

Do you mean that there must be a certain spatial pattern in order for the cells to communicate with each other?

By analyzing the interactions between cells and between tissues, I think that we will be able to clarify the prototype of the patterns that generate morphological diversity, for example instructing to “make a long extension here” or “make a branching here” in organ morphogenesis.

Every time I speak to researchers, I am always blown away by the amount of painstaking and time-consuming work that they carry out—from generating thousands of patterns of cells, and developing a system to measure them, to manually counting those cells…
Congratulations on getting published in Nature! Hurray for tedious work! 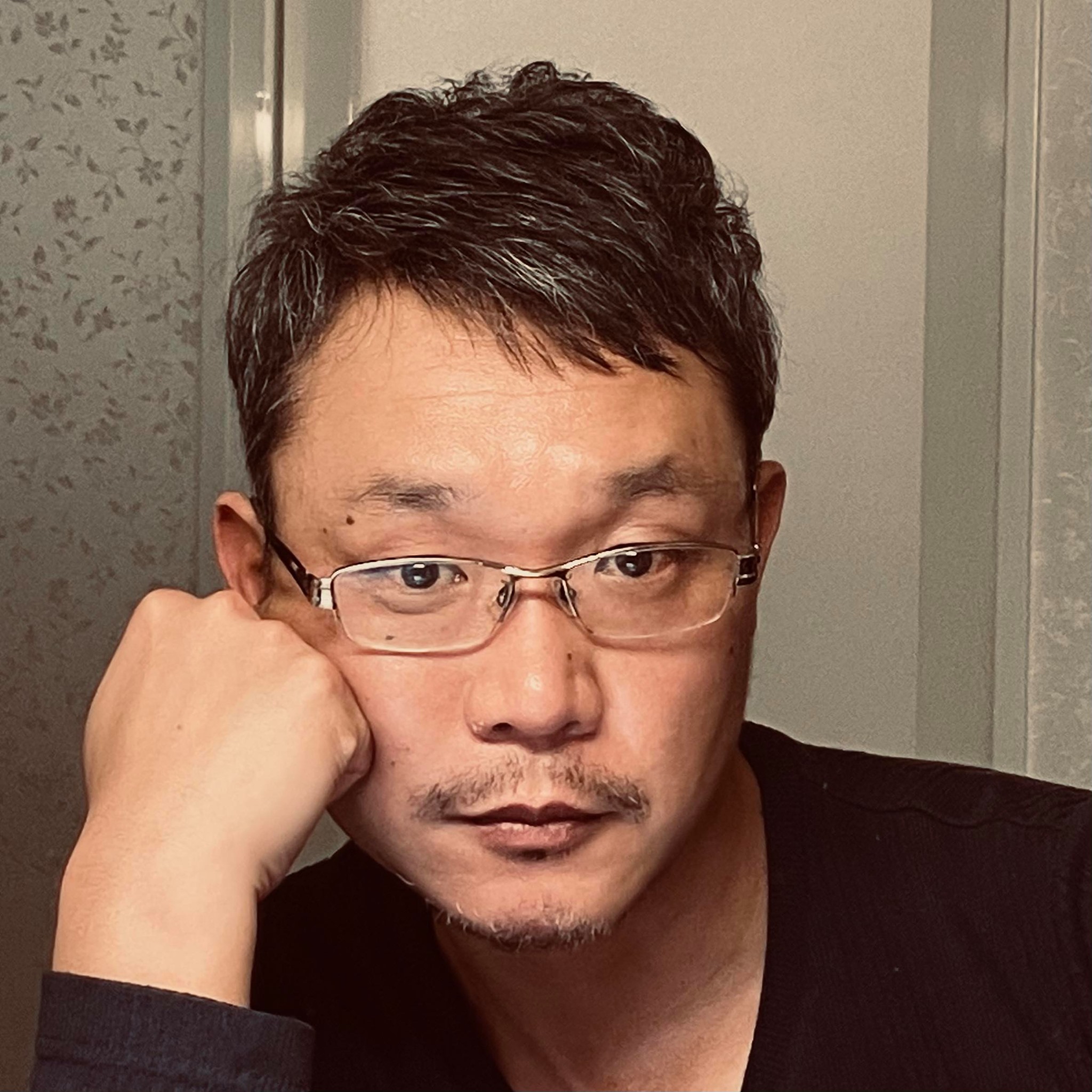 Business developer based in Kobe and a RIKEN alumni. He has a broad background in areas such as analytical chemistry, optics, biotechnology and IT. He is involved in a wide range of activities to assist in commercializing technologies and ideas born from academia, including setting up opportunities for idea-sharing, finding investors, and strategic planning