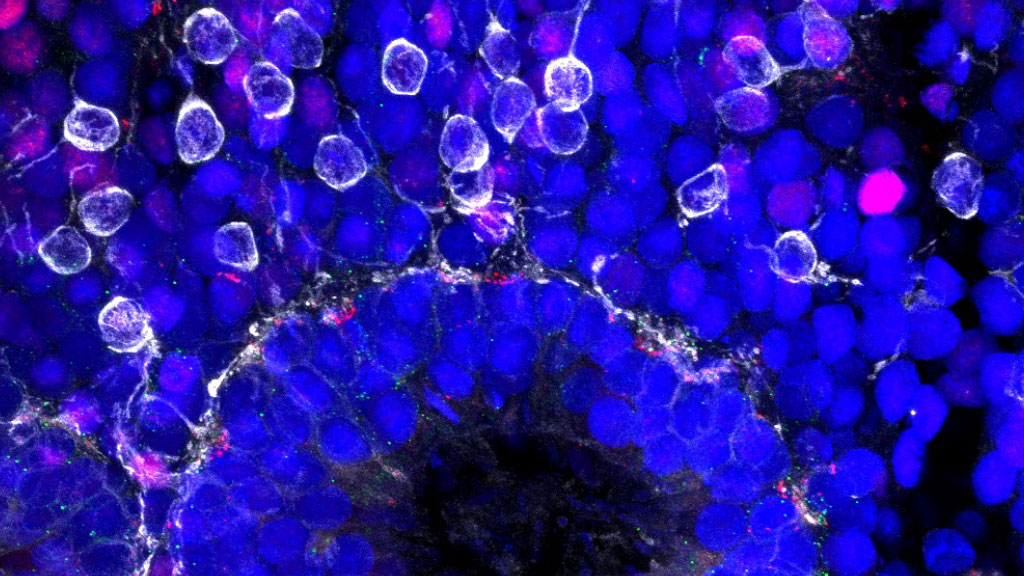 Research highlights articles and press releases between November 2021 to February 2022. Read these and other articles on the BDR website.

Retinitis pigmentosa is a hereditary disease in which photoreceptors in the retina die, leaving people with complete loss of vision or progressive loss in certain spots. One promising therapy is to replace the part of the retina at the back of the eye with a new retinal sheet, including the photoreceptors, grown from stem cells. For this regenerative cell therapy to work, the new light receptors in the graft must connect to neurons in the host retina, allowing light from the outside world to be relayed to the brain, which is how we see. Researchers led by Michiko Mandai (Lab for Retinal Regeneration) have now used a genetic modification to improve human-derived retina transplants grown in the lab. After transplant into damaged rat retinas, timed removal of certain cells from the grafts allowed better connections to host retinas, which resulted in more responsiveness to light in the damaged eyes. Because the retinal sheets were generated from stem cells of human origin, this represents one of the final steps necessary before this technique can be tested in human clinical trials for repairing retinal degeneration. More 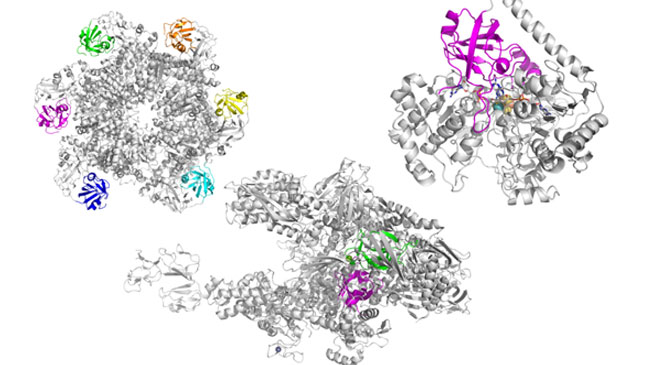 Proteins are the most important functional molecules of living systems, but their origins is one of the great mysteries in the life sciences. RNA polymerase is an essential enzyme that is involved in the transcription of DNA into messenger RNA. The key central region of RNA polymerase known as a double-ψ β-barrel (DPBB) is found in several other key proteins, suggesting that it evolved early in the origin of life. Sota Yagi and Shunsuke Tagami (Lab for Advanced Biomolecular Engineering) have discovered that the DPBB fold can be built from just seven of the 20 amino acids found in modern proteins. They also found that these amino acids can be coded for by only a small subset of the molecular coding features of the modern genetic code. Their experiments demonstrated that DPBBs can arise from the combination of two identical small sections of protein, which suggests that the ancient folded structure originated as a homodimer of a short unstructured peptide. This work indicates that folded proteins could have emerged much more easily than protein scientists had previously imagined. More 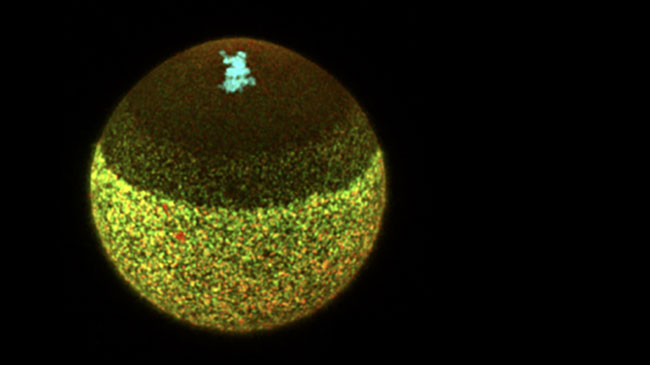 For a fertilized egg to develop normally, it must inherit one set of genomic DNA from the mother and one set from the father and maintain diploidy, and errors in the process can leads to miscarriage or birth defects. In the case of mammals, however, it is known that immediately after fertilization the fertilized egg transiently becomes a triploid (one paternal and two maternal genomes). Masashi Mori in the Lab for Chromosome Segregation and his colleagues have developed a microscopy strategy that allowed them to directly visualize chromosomal dynamics in a fertilized mouse egg. They discovered that the unfertilized egg organizes its internal protein infrastructure in a way that biases sperm fusion at sites far from the maternal chromosomes. When fertilization occurs, the same arrangement of proteins helps to sequester paternally and maternally contributed DNA so that the sperm chromosome is protected from being released along with the extra maternal genome copy, thus ensuring that the fertilized egg has a complete set of maternal and paternal DNA. This suggests that the intracytoplasmic sperm injection used in fertility treatments requires careful control of sperm injection location. More 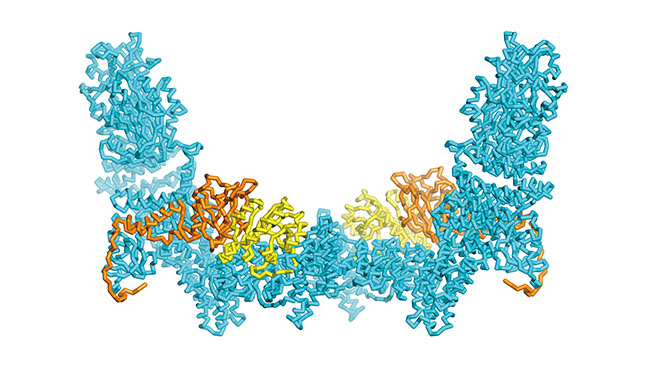 Mapping the structural features that regulate a signaling protein’s specificity

The various dedicator of cytokinesis (DOCK) proteins play a critical role in regulating cell movement and maturation, but they have also been tied to tumor metastasis and other disorders. While DOCK function is known to be coordinated in part by its binding partner engulfment and cell motility (ELMO) proteins, the precise mechanism of this regulation was poorly understood. Now, Mutsuko Kukimoto-Niino (Lab for Protein Functional and Structural Biology) and her colleagues have revealed how the DOCK5 protein activates a G protein called Rac1 with the help of the ELMO1 protein, by high-resolution structural analysis using cryo-electron microscopy. Rac1 is just one of several signaling molecules with which the various DOCK proteins can interact, and the specificity of this partnering is a critical determinant of the cellular response triggered by DOCK activity. A series of mutagenesis experiments showed that ELMO1’s interactions with Rac1 are essential for establishing this specificity. More