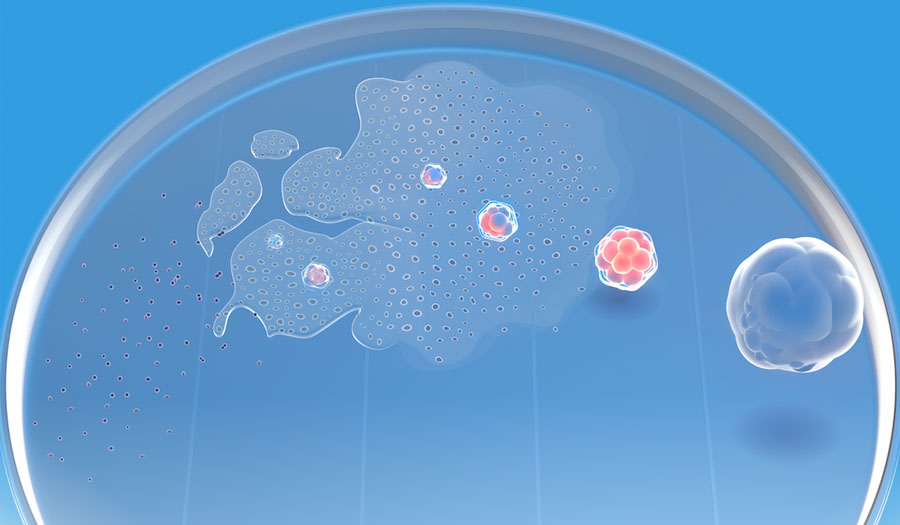 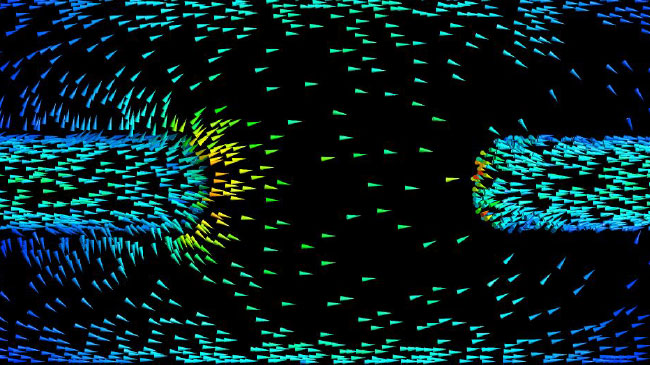 Yo Tanaka and Nobutoshi Ota of the Lab for Integrated Biodevice and their collaborators fabricated a microfluidic device that can trap up to about 30 individual motile cells at one time so that their metabolism can be monitored using an analytic technique known as Raman microscopy. They demonstrated the device’s potential by using it to track the production of a metabolite called paramylon in highly motile single algal cells. More

Brain tissue kept alive for weeks on an artificial membrane

Nobutoshi Ota and Yo Tanaka (Lab for Integrated Biodevice) have developed a new system for keeping tissue viable for long-term study once transferred from an animal to a culture medium. The new system uses a microfluidic device that can keep tissue from both drying out and from drowning in fluid. A proof-of-concept experiment showed that tissue explanted from the mouse brain remained viable after almost one month in culture, much longer than is possible with other microfluidic culturing methods, and also much simpler. More

How chromosomes change their shape during cell differentiation

Mammalian chromosomes are comprised of megabase-sized globular units called topologically associating domains (TADs), and multiple TADs assemble to form what are called A and B subnuclear compartments. TADs containing many active genes form A compartments, while TADs with few or no active genes form B compartments.
A team led by Ichiro Hiratani of the Lab for Developmental Epigenetics showed that A/B compartment changes represent physical movements of TADs within the 3D nuclear space. The study also demonstrated that changes in chromosome conformation preceded changes in DNA-based transactions such as gene expression and DNA replication, entertaining the possibility of predicting DNA transactions based on preceding changes in chromosome structures. More

Doubling down on boron to make complex organic molecules

A team led by Takamitsu Hosoya of the Lab for Chemical Biology has developed a user-friendly method to form sought-after diborylalkenes by attaching boron groups to organic molecules. These diborylalkenes are stepping stones to generate many valuable compounds, including pharmaceutical drugs and medical imaging probes for positron emission tomography (PET) scans. More 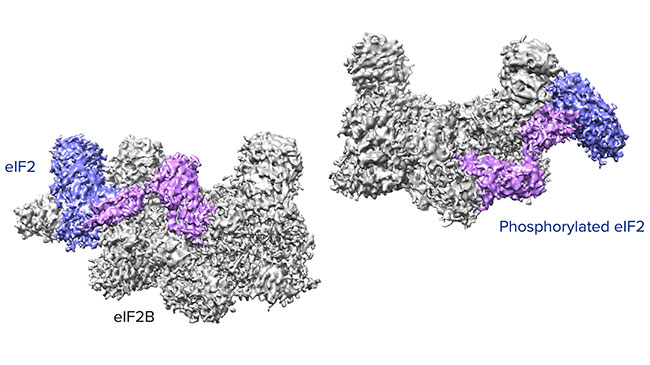 When cells are subject to conditions of stress, they will stop production of proteins to concentrate their resources on processes more necessary for survival. A study by Takuhiro Ito and Kazuhiro Kashiwagi of the Lab for Translation Structural Biology reveals how a small modification to eukaryotic translation initiation factor 2 (eIF2), a key molecule for initiating translation of messenger RNA into proteins, can shut down a cell’s protein-producing machinery when the cell is stressed. This finding could help to find new treatments for neurodegenerative diseases and traumatic brain injury. More 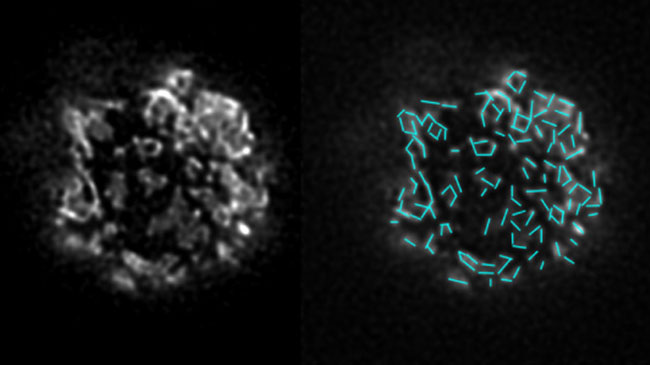 Kalyn Kono and Fumio Matsuzaki of the Lab for Cell Asymmetry, and other collaborators in BDR have found an intrinsic way to induce cell polarity—the asymmetry observed in the shape, structure, or organization of cells—in fruit fly cells. This method provides a useful means for scientists to study the real-time dynamics that occur during cell polarization on a micrometer scale. More

Yo Tanaka and his team (Lab for Integrated Biodevice) have developed the first microchip valve powered by living cells. The earthworm muscle tissue used in their system allowed for a high contractile force that could be sustained for minutes, and unlike electrically controlled valves, did not require any external power source such as batteries. More 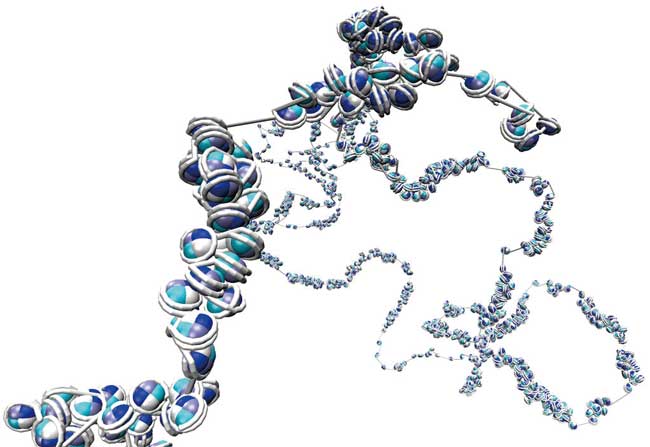 Analyzing chromatin structure in more detail than ever before

A powerful method that can pinpoint the positions and orientations of individual nucleosomes—one of the building blocks of chromatin, which contains the genetic material of a cell—has been demonstrated on yeast by Yuichi Taniguchi of the Lab for Cell Systems Control and his team. Their technique will help researchers to explore the relationship between chromatin structure and function. More