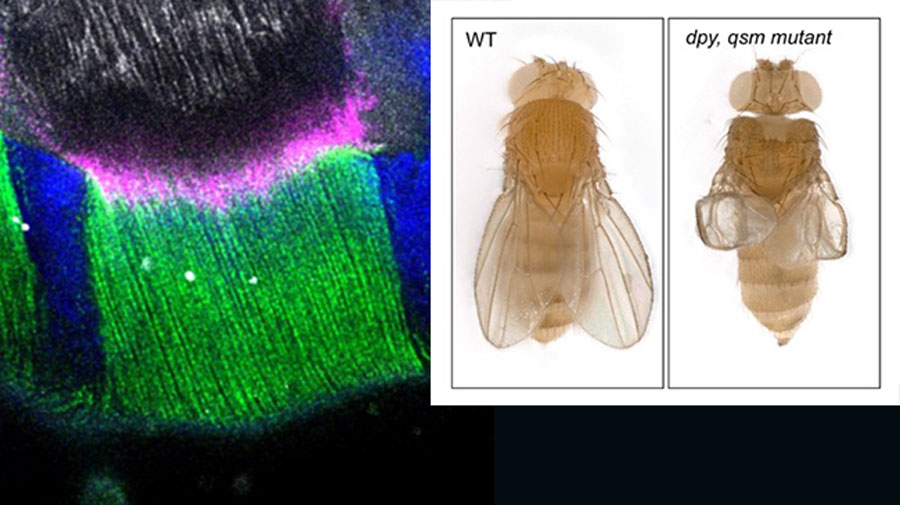 The white gene, which was discovered more than a century ago, has been assumed to mainly control eye color in fruit flies and is used as an identifiable marker in genetic experiments using fruit flies since defects arising from mutations in the gene are assumed to be mild enough not to greatly impact other aspects of biology under investigation. The team led by Sa Kan Yoo (Lab for Homeodynamics) has now discovered a new role of the white gene in these flies—that it also drives aging-related defects in intestinal stem cells through changes in the metabolism of nutrients. As an analogous gene is expressed in the human gut, it could be playing a role in human colorectal cancer.  More

While much is known about the internal mechanisms of cells and how they are assembled into tissues, there is comparatively little known about how cells secrete materials and assemble them into external structures such as extracellular matrix (ECM). In a new study, Wei-Chen Chu and Shigeo Hayashi (Lab for Morphogenetic Signaling) revealed a mechano-chemical mechanism of a filament-like transformation of the ECM protein Dumpy that anchors tendon cells to the cuticle of the Drosophila pupa during muscle development (Top image). In addition, they found that another protein called Quasimodo, an unconventional ECM protein that diffuses through the whole body and modifies the activity of other ECM proteins, is needed to enhance the strength of the ECM.  More 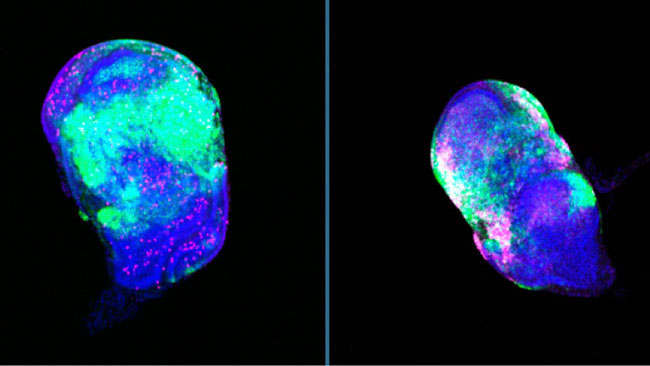 Oncogenes are genes that induce overproliferation of cells causing cancer and are often also known to cause cell death that prevent cancer. In a new study by Hiroshi Nishida and Sa Kan Yoo (Lab for Homeodynamics) and their collaborators, they focused on the oncogene Src and investigated how cell proliferation (or oncogenesis) and cell death are regulated in the fruit fly and showed that Src regulates both processes independently and simultaneously via parallel pathways. Once the team identified the molecular cascade leading to cell proliferation and realized that this pathway can be controlled by nutrients in the diet, they demonstrated that reducing consumption of a specific protein building block in the diet could prevent oncogenesis, but not affect cell death. Since the process of oncogenesis is known to be the same in both fruit flies and mammals, these findings can help explain how human cancers develop. More 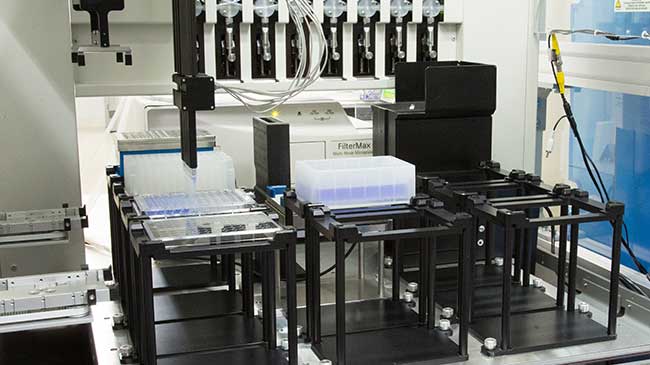 Microbes are perhaps more manageable than we thought

The emergence of multidrug-resistant bacteria—pathogens that are resistant to various antibiotics—has become a worldwide concern. Chikara Furusawa and his team (Lab for Multiscale Biosystem Dynamics) developed an automated robotic cell culturing system and conducted a large-scale experiment to examine the evolutionary dynamics of E. coli bacteria in acquiring drug resistance. Their findings indicate that the likely adaptive trajectories for viruses and bacteria might be fewer than previously thought, and has implications for tackling the superbugs crisis by allowing researchers to predict in advance how drug resistance will develop and aid in developing countermeasures. More 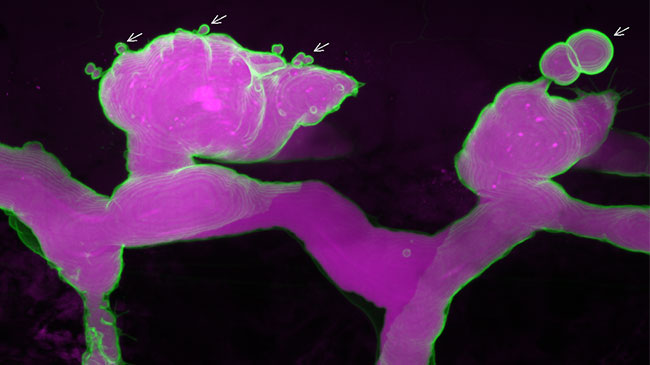 The failure to form or maintain a well-ordered network of tubular blood vessels is detrimental to tissue physiology and consequently, health. Endothelial cells form the innermost lining of blood vessels and are subjected to the mechanical stresses of pressurized blood flow. A new study by Li-Kun Phng (Lab for Vascular Morphogenesis) and her team using zebrafish revealed a protective mechanism by which endothelial cells resist deforming forces of blood flow to regulate cell and vessel morphology during vessel development. More 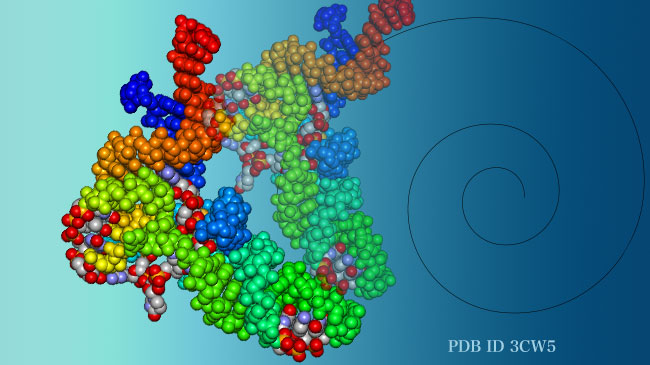 Over 50 years ago, biologists discovered the code for deciphering the genetic information of living organisms, and nowadays, they are capable of developing technologies to change the code itself. Yoshihiro Shimizu (Lab for Cell-Free Protein Synthesis) and his collaborators have developed an in vitro protein synthesis system that uses only in vitro transcribed tRNAs. By redesigning the anticodon sequence of some tRNAs, they were able to alter the relationship between codons and amino acids, yet generate functional proteins in vitro. More