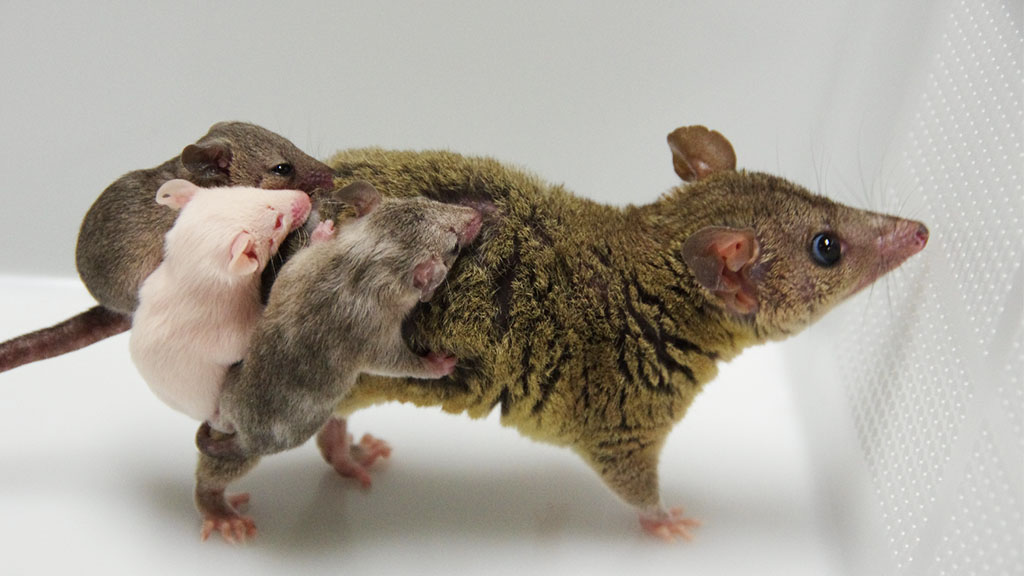 Research highlights articles and press releases between July 2021 to October 2021. Read these and other articles on the BDR website. 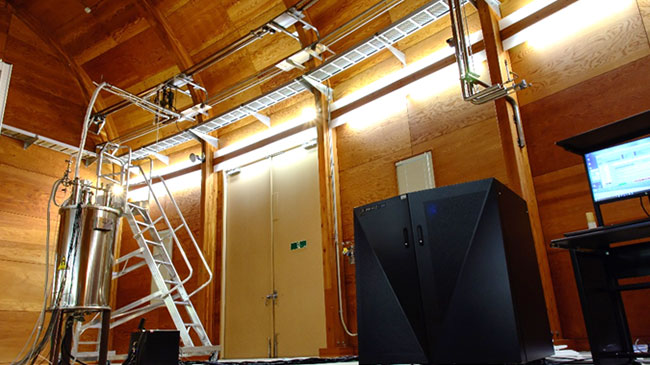 Superconducting nuclear magnetic resonance (NMR) magnets made from coils of wire that have been cooled to extremely low temperatures can sustain and maintain continuous current flow without being connected to an external power supply. NMR instruments makes use of the powerful magnetic field generated by NMR magnets to obtain information on structural and molecular dynamics of biological macromolecules or other materials. In 2018, Yoshinori Yanagisawa (Lab for Functional Ultra-High-Field Magnet Technology), Toshio Yamazaki (Lab for NMR Engineering and Structural Science) and their colleagues succeeded in developing the world’s first NMR instrument with a magnet incorporating high-temperature superconducting (HTS) joints made from REBCO. They have now demonstrated for the first time that their NMR magnet with HTS joints can maintain and operate the instrument with a stable persistent current for an extended period (at least two years) with a magnetic field of 400 megahertz (MHz).

The initial stages of drug development usually involve simulating the interactions between a molecule and its target protein. Although these simulations can suggest a drug is effective, the interaction can frequently fail to live up to its promise when tested on living cells. Yuji Sugita (Lab for Biomolecular Function Simulation) and his colleagues wanted to make simulations more accurate by accounting for cells’ normally crowded environments. To do this, they developed a highly optimized software program called GENESIS for use with supercomputers and conducted microsecond-scale simulations of the interaction of an enzyme (c-Src kinase) with an inhibitor (PP1) in the presence of different concentrations of bovine serum albumin (BSA). They found that crowding by BSA reduced the amount of PP1 able to reach the enzyme by physically blocking its access and also by weakly and non-specifically interacting with it. Mikako Shirouzu (Lab for Protein Functional and Structural Biology) validated their results by performing laboratory tests using the actual proteins in similar conditions. More 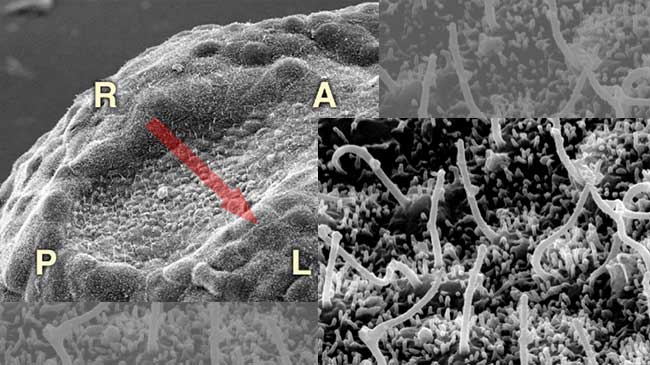 The first step in establishing left–right asymmetry in an embryo is the left–right breaking event. In fish, frog and mouse embryos, this begins with hair-like cilia generating fluid flow that runs leftwards. This fluid flow then downregulates Dand5 mRNA on the left-hand side of the embryo. Now, Hiroshi Hamada and his team, together with other collaborators, have investigated the mechanism of Dand5 mRNA suppression and revealed that there is an evolutionarily conserved 200-nucleotide region of the proximal 3′-untranslated region of Dand5 mRNA. This conserved region is specifically recognized by the RNA-binding protein Bicc1, which recruits and binds to the mRNA-degrading enzyme Ccr4-Not deadenylase complex, resulting in Dand5 mRNA degradation on the left side of the node. More 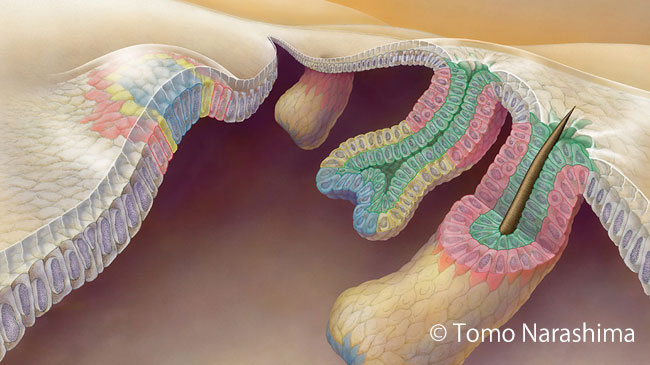 A telescopic model of the development of hair follicles

Like other adult tissues in our bodies, hair follicles are regenerated from adult tissue stem cells. But the developmental origin of hair follicle stem cells has been largely unexplored because of the lack of markers for identifying and tracking each cell lineage. A team led by Hironobu Fujiwara (Lab for Tissue Microenvironment) has created time-lapse videos of hair follicle development over several days in cultured skin samples taken from mouse embryos. Playing these videos in reverse allowed them to trace the fate of cells in developed hair follicles back to their earliest origins. The analysis revealed that hair follicle stem cells originate from a specific zone in the outer ring of the early placode. They also showed that cell proliferation caused the two-dimensional concentric rings in the placode to transform into a series of cylindrical compartments arranged like the components of an extendable telescope—leading the researchers to dub this type of developmental process the telescope model. More

The opossum, which is thought to be the ancestor of all marsupials, has a variety of characteristics that are not found in other mammals. It develops without a functional placenta, and pups are born prematurely. Like humans, but not other non-marsupial mammals, it gets skin cancer simply by exposure to ultraviolet light. Also unlike other mammals, newborn opossum pups with spinal cord injuries have the ability to naturally heal themselves. Because of these unique characteristics, studying marsupial biology is gaining interest. Now, a research team led by Hiroshi Kiyonari (Lab for Animal Resources and Genetic Engineering) has taken advantage of new gene editing and reproductive technology to produce genetically modified opossum models for future analyses of the underlying genetics of unique marsupial characteristics (top image).  More

The extracellular matrix (ECM) is a complex scaffold composed of hundreds of regionally specialized proteins that performs multiple roles, including supporting and organizing cells in organs and conveying biochemical signals that control their growth and differentiation. Between the two main layers of skin—the outer epidermis and the inner dermis—lies a thin sheet of ECM called the basement membrane (BM), serving as a barrier and storehouse for growth factors but how it operates in interactions between tissues has remained unclear. By using gene-expression analyses and imaging techniques, Hironobu Fujiwara (Lab for Tissue Microenvironment) and his colleagues have systematically characterized the cellular origins, molecular identities and distribution patterns of molecules in the BM of mouse skin. They discovered that, within this tissue interface, there were a diverse series of regionally specialized niches, each impacted by the identity of nearby cells. A better understanding of these structures could also inform the development of tissue engineering strategies for treating hair loss and other skin conditions. More